The Truth About Leaders Who Lie 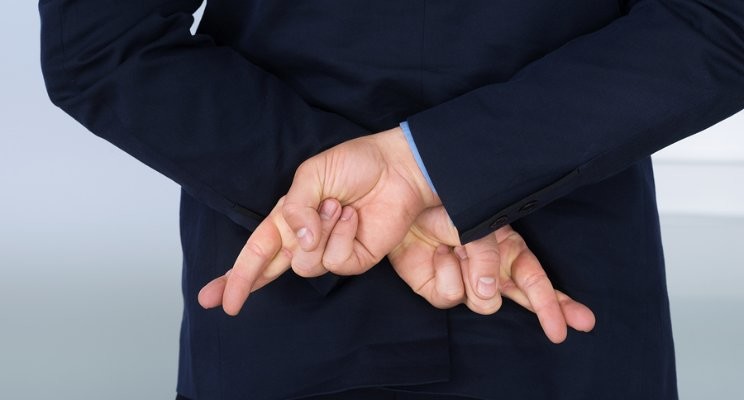 “If the words don’t add up, it’s usually because the truth wasn’t added into the equation”

“I cannot tell a lie”

Remember that famous quote from George Washington about cutting down the cherry tree? Funny thing, he actually never said it. Kind of ironic considering he would become our president and leader of the United States.

I guess we should’ve known from there that politics and of course leaders are (in) famously known for lying. However, this got me curious, outside of politics specifically – why do leaders lie?

Fact: Whether it’s inside or outside the workplace, we all lie about something. So much so, the data is quite staggering:

One of my favorite books on this topic is “Lying” by best selling author and neuroscientist Sam Harris. He states: that although there may be life and death situations that require a person to lie; ethically superior, noble people don’t lie. He contends that lies cause irreparable rifts in relationships, causing us to distrust those on whom we had relied. So to lie is to sacrifice our integrity, and to place the possibility of deep and meaningful bonds with fellow humans at risk.

Wow, as if we needed to be told this but then again looking at the data – maybe we do. So let’s dive deeper with a focus on leaders.

Here are some of the common reasons they tell these lies according to one of my favorite Leadership Experts (and “Freak”) Dan Rockwell:

The Types of Liars

The role of a leader is to set the vision and guide their people in the direction they believe is right for them and the company. Sounds accurate, however once you factor in the unknown challenges that show up – leaders are often found at a crossroads in terms of what’s the best next course of action. Their role requires both keeping their faith and the spirit of their followers as they push forward. All of this pressure can cause good people to (do and) say bad things. Although there are many different types of leaders, there are five 5 common type of liars:

Here are some of the most common types lies they tell according to an excellent Forbes article on the subject:

Final thoughts: We all know lying can be devastating to both people, companies and of course cultures. The lies that are perpetrated impact everyone involved, especially the one telling it. The next time you are faced with a leader who lies, don’t panic…there are indeed actions you can take. In the end, the truth doesn’t cost anything but a lie could cost you everything.

The floor is yours: When is it okay to tell a lie in the workplace?