Stand Up Comedy: The One Spotlight Leaders Should Embrace 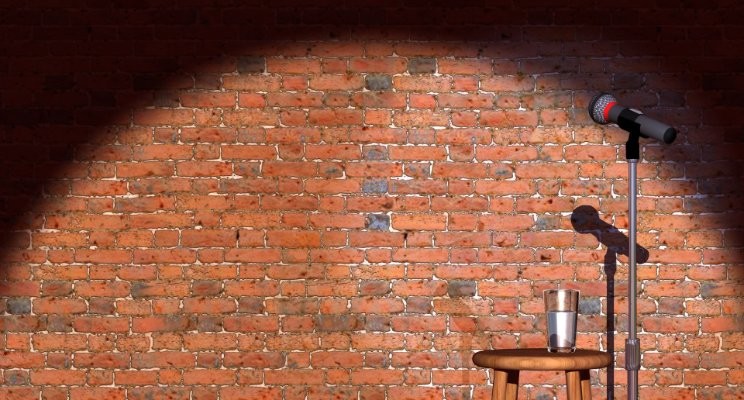 “A broken pencil who?”

That’s the extent of my stand up so please don’t boo me off the Pulse Platform.

Standup comedy has never been for the faint of heart and the same could be said for being a leader. Putting yourself under the spotlight of scrutiny and criticism by strangers only to have yourself to hold accountable for your performance.

Leaders have been doing standup for a long time, they just weren’t aware of it. The fact is there are many similarities between standup comics and business leaders. Although not an exact science, here are just a few:

Comedy has been around forever and for me, it’s been one of my biggest sources of inspiration throughout my life. From classic pioneers like Richard Pryor, Steve Martin, Louis CK, George Carlin, Chris Rock, Eddie Murphy and Seinfeld to more recently well-known names like Schumer, Hart, and Maniscalco. With so many to name, this list could go on for days…yada…yada…yada.

What these talented individuals put themselves through to gain the appreciation of others is no small feat and in fact, there a many lessons that leaders can learn from standup comics and it’s not just all about public speaking. Here are two of my favorites lessons:

Know Who You Serve & Deliver

Understanding your audience, whether it’s physical or virtual is critical to being successful at your job. Comedians understand this and play to their audience any way necessary in an effort to engage them in their storytelling. Leaders have the same issue although they aren’t always on a physical stage but still must be aware of who they serve and who they answer to. In business, their audience ranges from board members, direct reports, media/PR and of course their employee’s. Comedians have comedy clubs and leaders have town hall meetings.

Comedians are skilled communicators and story tellers. They understand that there is a limited amount of time to strike a bond with their audience and begin winning them over. They utilize these traits to deliver their message. Whether it’s a heckler in the crowd or a joke that bombs, comedians typically respond swiftly and accordingly – adapting to the unknown and navigating successfully through it. They are quick to act and know how to be with ambiguity and while keep moving forward.

Leaders must be able to effectively communicate their vision and recognize that people are watching every move they make. Gaining the confidence and respect of their people can go a long way when driving any type of change or growth initiative that will push the leader outside their comfort zone while seeking a successful outcome. Being able to pivot when the unknown arrives and addressing it in a professional manner while implementing a plan to move forward is their duty.

Both the comedian and leader will suffer setbacks and challenges when performing but the true test of their character will be how they address it and their ability to reach a successful outcome.

Look at any CEO’s keynote or public speech and you will undoubtedly witness a polished and professional presentation (hopefully). Why is that? Well it’s not because they were born that way. It’s because they practiced and practiced and practiced and well…you get the gist. Comedians get this better than anyone. They are constantly writing, reviewing, editing and rewriting their material, only to then go out on the road for a while to test it with a real crowd.

Unfortunately for leaders in the business world, they don’t all have the option of a roadshow or the chance to do a few town halls everyday. They can however rehearse their presentation and they should – because knowing their material well enough to embody it so they don’t have to read it of a prompter is priceless. Have you ever seen a standup comedian read a tele-prompter or cue card? Me neither. Don’t get me wrong, this is not about striving for perfection but rather aiming for authenticity which can be found in knowing your material and truly believing in what you are sharing so it lands with your audience.

Fine tuning their material until they feel confident is their number one goal. When leaders are tasked for being innovative and creating new visions for existing companies and products, they don’t just “wing it” but rather take the necessary time to ensure they are putting forth the best version of themselves.

Final thoughts: Sam Kinison once said that, “stand-up comedy is an art form and it dies unless you expand it” and I believe his sentiment applies to leaders as well. Comedians are always evolving and looking to create new material while growing their ability to perform new material. Leaders should aspire to do the same thing and resist the temptation to become complacent and challenge the status quo in an effort to do their job, be their best and of course deliver to their audience.

The floor is yours: Can a leader be funny and successful?