Rocky’s 11 Beliefs On Going The Distance 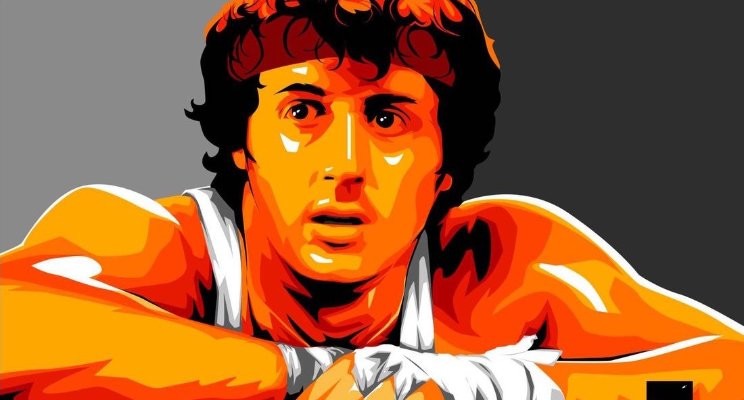 Long before there was Dwayne “The Rock” Johnson, there was the true People’s Champ commonly known as the Italian Stallone or to his close friends Rocky, Rocco or just Rock.

I grew up watching the original Rocky and have seen every sequel since. It’s hard to believe it’s been 40 years since we were first introduced to this character. A man who had little skill but a lot of heart, coupled with fierce determination and the eye of a tiger – there would be little to not like about this guy. It’s the story of an underdog who never gave up and fought his way through all of life’s challenges to reach the pinnacle of greatness. Sure some of the sequels where better than others, but that doesn’t change the undeniable impact Rocky has had on millions of people across the world.

I figured it was time to pay homage to the man who made the song “Eye Of The Tiger“, phrases like “No Pain“, “Adrian” and of course his legendary training montages a Linked article highlighting his power and influence when it comes to igniting the hearts and minds of so many people…including myself. Here are 11 lessons Rocky can teach you about going the distance:

“Going in one more round when you don’t think you can – that’s what makes all the difference in your life.” Rocky IV

Success in life isn’t always determined by how rich, smart, talented, or skilled you are; it isdetermined by how hard you can persevere through challenges. It’s important to know when to throw in the towel and that’s okay if you honestly have given it your all. Remember that if you fall, get back up no matter how insurmountable the odds may appear because quitting doesn’t make you grow as a person…quitting just takes you farther away from winning at life.

The Floor Is Yours: What’s your tip on being successful in life?