Rethink Your Career Before Failing Up The Corporate Ladder 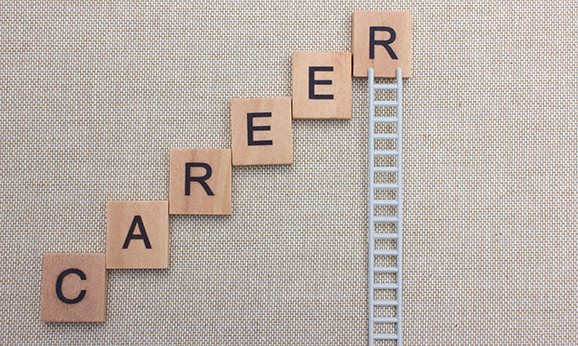 While more and more people are starting their own companies, opting to work for smaller corporations and work from home, the corporate ladder still exists.

It exists, but it too is changing.

It used to be what everyone desired. More power, more prestige, more money. It meant security, a job for life. No worries about the future, college funds for the kids, a sweet retirement package.

The things people desire are changing.

This happens especially with a younger generation who don’t want to do it the way their parents did. People no longer stay with a company or organization for many years. In fact, they often don’t even stay in the same field of work for their lifetime.

They feel it’s greedy and too competitive to chase money, power, and titles. Often, their personal lives are what matter most. They are seeking to create a strong bond with a mission, vision, and strategy that aligns with their personal passions.

While this may be a healthier attitude, it can lead to apathy, boredom, and lack of interest and initiative.

People don’t want to seem greedy and ambitious at work and adopt a more lax approach to their careers. The drive to succeed is overruled by the need to stay true to some idealized version of what their generation thinks they should do.

It’s not cool to crave success but it’s okay to do it ironically.

That’s how people get around the justification of doing something deemed beneath them. Coasting at your job and trying to fail up the ladder because it is looked down on can mean you may just be out of a job altogether.

Often, people do aspire to be the CEO or perched at the top of the corporate ladder and that’s okay if it’s what you choose. But the idea of actually succeeding can be overwhelming. The top rung would not only bring power and prestige, but also a lot more responsibility, more work, more hours and more ways to ultimately fail.

The added responsibility alone can be frightening for many. It can mean waving good-bye to your cushy job and all your free time. There will be more people depending on you, judging you and that can be frightening.

One of the dangers of trying to fail your way up the ladder is that not everyone will do that. People who are more productive and ambitious will be more than willing to make their way up. This will make you look bad, unproductive and in the end, redundant.

While all companies need people in all positions to make sure the workflows properly, a lack of ambition from someone whom the corporate heads feel should be doing more could make you look bad.

Refusing to strive for excellence will make it look like you do not have the companies’ best interests at heart. Not being a company person means you are essentially deadwood. Sucking up resources that could go to someone else.

Act as if You Care

Instead, act as if you care. You spent time in college and they trained you for the job, so that is an investment on both sides. If it turns out the position or the field isn’t for you, then that’s fine. But you should move on to something that does interest you, rather than just settling into a mediocre life and collecting paychecks.

IN CLOSING: There will always be someone coming up behind you, someone smarter, younger, more ambitious, better at the job. This doesn’t mean you shouldn’t try, in fact you most certainly should. Not everyone wants to be the big cheese, but actively trying to fail at it will be your undoing.

The Floor Is Yours: What makes you love your job?