How I Literally Fell Into Coaching & Found My Purpose 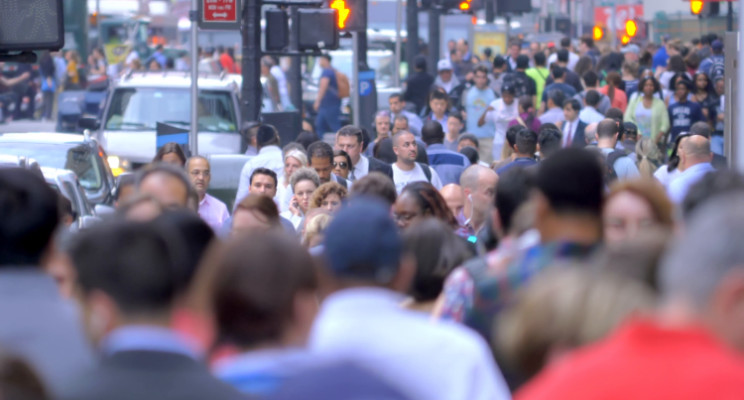 *This article was originally published and featured on ThriveGlobal.

Dedicated to anyone who believes there is more to life than working in a job that doesn’t fulfill their purpose or passion.

There I was, hustling out of my well-paying big shot advertising office – ping-ponging around the crazy rush hour traffic of other zombies in a hurry to go nowhere and start their weekend while leaving their offices and worries behind them. I understood the game, hell – I grew up in Manhattan and learning to dodge people on the sidewalks was nothing short of running tire sprints at an NFL combine, however, today would be different – I just didn’t know it yet.

As I stepped foot onto the sidewalk, my eyes were tired from staring at my computer all day and what would normally feel like a quick hop into traffic felt more like jumping onto a treadmill while it’s going 8mph and oh yeah, someone else is already on it.

As I jumped into my place with the moving crowd, I must have lost my step or simply decided to blink longer than a second because the next thing I knew, I was knocked in my shoulder, twisted around and fell square on my face.

There I was laying face down on the cold non-forgiving midtown cement of a 6th avenue sidewalk rush hour while people aimlessly walked right around me. It’s as if you put a rock in front of a line of ants and they just effortlessly split up in two directions to avoid the obstruction and then reconnect after reaching the end of the block.

Down but not out, I slowly got up only to realize I was tasting something gross and it wasn’t the NYC streets. It was blood, dripping from my broken nose. I immediately did what anyone would do in that situation…I made sure I didn’t break my phone (sarcasm heavily implied). Then I did what most people “should” do, which was assess the real damages.

Before I could even touch my nose, an angelic voice behind me asked if I was okay. Clearly, I was dazed and partially confused because last time I checked, the only angels I remember in New York began with Hells or Guardian. Either way, this woman (who we will call Sonya) grabbed my elbow, helped me upright and suggested we call an ambulance to get me to an ER as the break looked bad to her – and felt worse to me.

There were no cabs and this was pre-Uber (…I know tell me) so we found a place to wait as the sun was setting and a slight chill was in the air. The only thing that kept me warm was the conversation. You see, Sonya had chosen to stay with me until the ambulance arrived as I was in no condition to head home. Apparently, I was also in no condition to challenge her intentions of being a good Samaritan.

What started as a normal conversation would quickly shift to something much greater. You see Sonya was an executive coach and although I had no idea what that was, I would soon realize it was what I was meant to do in the world – I just had no idea yet.

We spoke for close to 45 minutes before the ambulance arrived and when it did, I thanked her profusely and asked if we could continue the conversation another time so I could better understand what she did, who she was and see if this was something I could do. We exchanged numbers and she told me that I could contact her anytime.

Upon exiting what would be a 4 hour ER visit, I quickly texted Sonya – thanked her again and asked if we could meet the next day to continue our conversation. She quickly said yes and before I knew it, it was Saturday and there I was bandaged, broken nose sitting at a small wobbly table at Starbucks. We huddled in the corner and for me, it felt like we were trading top secret information from a movie. The experience was intense and exhilarating. I was so focused and present and every word she muttered was written down on exactly 17 little square napkins. I was getting the roadmap to finding my purpose.

Our time together was nothing short of a magical and as I sat there for what felt like an eternity, hanging off my seat listening to every word – I realized that had she did not stop for me or I told her I was okay and to leave me alone – none of this would have happened.

As we wrapped up, I thought to myself – out of a city with 8 million people in it, what were the odds of this one person stopping for a complete stranger and how that one conversation would change my life forever. Without her, I would never have found my purpose, passion, and the pursuit of empowering others to be as happy and successful as they deserve.

And to grow you have to be open to the opportunities which often are disguised as breakdowns. For me, it was a literal one but it doesn’t have to take a broken nose, a broken heart or a broken promise to find yours.

Keep your eyes open, watch your step and who knows – you may just run into your Sonya when you least expect it.

The floor is yours: Has one conversation ever changed your life – if so how?