12 Ways To Deal With CoWorkers Who Gossip 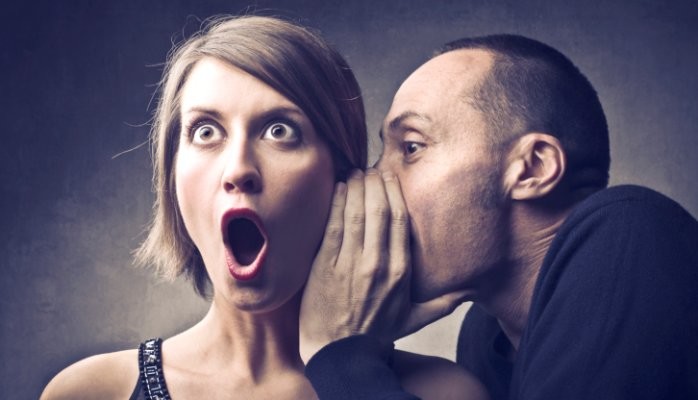 “Be careful who you trust, if someone will discuss others with you, they will certainly discuss you with others”

When researching this article, I read plenty of articles about how office gossip can be good for your career because it keeps you in the know and could even improve office productivity. Northeastern University professor Dr. Jack Levin, author of “Gossip: The Inside Scoop”, says it can be good for our emotional health. However, he clearly delineates the toxic harmful type of gossip versus what he believes can be the type of gossip that ties together social and business networks. That said, even if there was NASA level backed research on this topic, I still believe office gossip can be one of the most challenging social pathways to navigate. In one recent study, the facts were somewhat alarming:

When employees spend hours per day together and vie for the same promotions and raises, competition it’s inevitable. So there is a clear divide. Some people are adamant that office gossip is an essential part of the workplace and a necessary skill to advance your career and generally be liked by others while staying in the know. The flip side to the coin is that gossip is readily seen as needless and potentially a lethal part of office culture that kills morale and strains relationships.

In case you weren’t clear on what constitutes gossip, here you go:

Some people gossip because they enjoy it or they feel insecure about others in the workplace. Most gossipers are pure attention-seekers. A persistent and long-term gossiper must be stopped to avoid potential damage to others and the culture of a company. This article is solely focused on what you as an individual can do to protect both yourself and your career. Based on my research, here is an excellent list for you to reference to prevent your career and personal life from being damaged by rampant office gossip:

Gossip is a solution stopper that harms people and can erode a culture while promoting a toxic workplace environment. It can increase conflict and decrease morale in addition to straining relationships while decreasing productivity. Gossip is the death of teamwork as it can create a divide that can sometimes require a senior level leader or manager to spend valuable time refereeing. Its also important to note:

If you are a listener, you are a
co-narrator to the gossip.

In other words, the act of active listening actually supports and promotes
gossiping. The more you listen, the more you encourage it. If you don’t listen, the gossip has nowhere to go.

Here is a great list of things to say to a gossiper so they stop:

If you are the target of gossip you have two choices. You can confront the source or contact your manager and/or your HR Department. Remember, if you are going to address the source, be responsible and address the issue not the person. If you “feel” that you can’t do that, then you should opt for the second route and seek the proper channels within your company.

Maintaining a professional image means keeping conversations factual and business-related, not speculative or personal. Gossiping about your boss or coworkers is a fast path to being viewed as unprofessional, immature and untrustworthy. Once this reputation gets around, you might jeopardize your chance to advance at the company. When it’s all said and done, being busy doing your job usually works pretty well because people who gossip want attention and crave a stage. If you’re preoccupied with your work, you can potentially avoid this all together.

The floor is yours. How do you avoid workplace gossip?