The Most Beautiful Thing I’ve Ever Read. (A True & Inspiring Story) 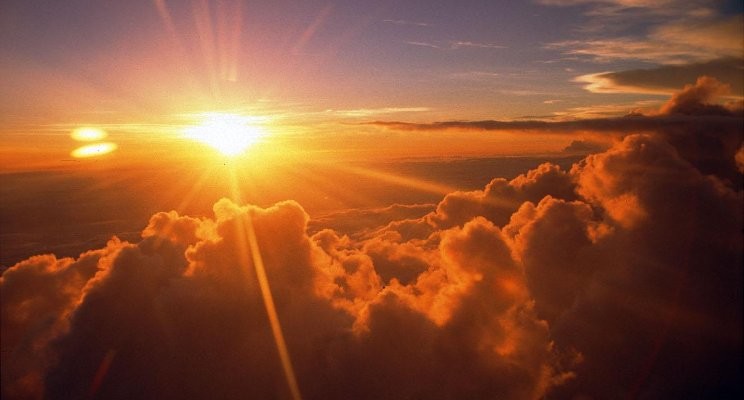 Last week the world lost a hero, my uncle Marshall. He was like a second father to me. To everyone else, he was devoted husband, a loving father, a selfless role model and an all around leader of his life.

I am sharing what I believe to be one of the best letters I’ve ever read about anyone.

Marshall, I love you and miss you so much.

I hope you will find it as enjoyable as I did. Here is the link to the original article: http://thewisdomdaily.com/the-man-who-did-ordinary-so-well-it-became-extraordinary/

THE MAN WHO DID ORDINARY SO WELL, IT BECAME EXTRAORDINARY

The word “extraordinary” is so often thrown around that its meaning has become benign. All it actually means is to be more than ordinary.

As I grow older, I have come to understand that part of making life worthwhile is stringing together as many “regular” days as possible.

It is harder than it sounds, and yet those earthly messengers who understand what it means to thread together the regular days, seem to more easily live lives of meaning and purpose.

My community just lost one of those earthly messengers. Marshall was not a CEO; a millionaire; nor an athlete. He was none of those things. What he was was a man who strung together a heck of a lot of regular days. He loved his wife, children and grandchildren as much as anyone could love their family. He worked everyday until he was too sick to do so otherwise. He labored tirelessly for his community, giving when that meant taking from what he needed himself. He smiled at everyone and made them believe they could be better. He believed that the next day would improve simply because… He was replete with hope and optimism and faith in humanity. He told great jokes with the intention of causing unadulterated laughter and joy. He wouldn’t shut his mouth at his perceptions of injustice. His tenacity would make others give in; or even better, join the cause. He was a man who would take the shirt off of his back to cover someone else who was cold. He was not perfect, but he was an angel who taught heavenly messages here on earth.

I am shaken by his departure from this earth, not because I didn’t know it was going to happen. He has been dying steadily for six months. I am shaken because, when certain people leave, the world is diminished a bit. I am shaken because somehow on a beautiful sunny day, the sun feels like it burns instead of replenishes. And, I am shaken because I need to give comfort as a rabbi when I feel like I need the comfort myself. I want to understand why this is so unfair before I try to explain the same to others.

Marshall never got A’s in school. But he was one of the most emotionally intelligent people I have met in my life. He knew people. He knew emotions. He understood fulfillment. And, he wasted no time in stringing all of these seemingly regular aspects of life together. He did the ordinary so well; and that made him extraordinary.

“Come on, Marshall, what would happen if it was all taken away?” I pushed.

“My family,” he answered, “I would be devastated if anything were to happen to them, but I could handle anything else.”

He could tell that I was skeptical.

“You don’t believe me, do you?” he pushed. He continued, “Before you were my rabbi, many years ago, I had all of the material success one could ask for. We had any car, vacation or worldly possession one could want. For various reasons, life didn’t go the way I wanted and I lost it. I lost everything.”

“So, what did you do? How did your marriage last; how did you tell your friends; your children?”

With faithful confidence, he said, “It was only money. My wife, children and I were still healthy and the money is never what really counted. I have never stopped being rich. I just don’t have the money I used to have. I have another job, I pay my mortgage, and I put food on the table. I would have preferred it be different, but what counts the most, I always have and will always celebrate.”

Many people talk that way, but when it comes down to it, so much else crumbles along with the loss of material success. The ego, especially of men, is so fragile. But Marshall understood differently. He knew it was about stringing together the everyday.

Indeed, even when diagnosed with terminal disease, he told me, “I wish the news were less bleak, but this is my diagnosis and I will live each day like I always have.” In fact, his last words on his deathbed to me were, “I have hit it right on the money.”

“You did hit it right on the money, Marshall,” I said.” You have everything.”

He lie there, dying, and he had everything. Why? Because Marshall, an earthly messenger, strung together the ordinary to make his life nothing less than extra-ordinary.

Who is your Marshall Sherman? He/she is present in your life. Just make sure you pay attention to learn the lessons of your angel. It might take your everyday and make it ordinarily sacred!