How To Create Your Own Luck (Rabbit’s Foot Optional) 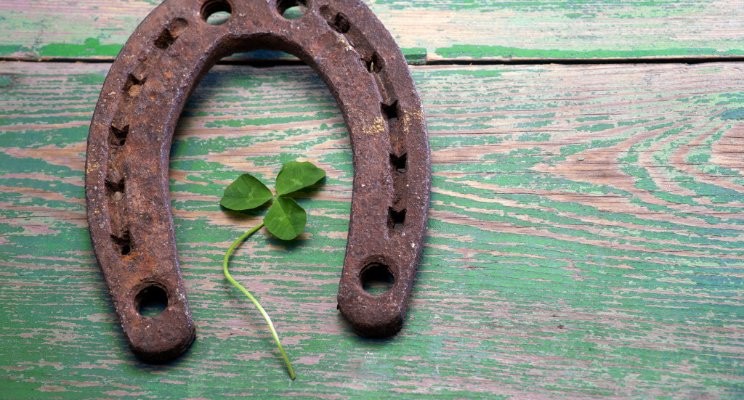 Whether you’re a Duck, a Coin, a Lady, a Star or a bowl of Charms, it’s safe to say that Luck comes in many forms.

The real question is, “does any of it really work and is it possible to create your own?”

Sure, there’s your iconic rabbits foot, four-leaf clover, and the ubiquitous horseshoe – all have been sold to us as a way to increase our luck but does it really work? The sports industry in particular is cloaked in this type of folklore and some of the most famous athletes have been well documented touting their pre/post game rituals. To name a few:

These athletes all have one thing in common, they believed in certain rituals and that these rituals could bring them good luck. The real question is: what is luck? Is it some kind of natural law? Does it exist but we can’t see it?.

The Truth About Luck

The truth is that while everything happens by cause and effect, it is all so complex we can only reliably predict so much. Yet this doesn’t stop us from trying to create and predict our own luck. We think that if we can tell what is going to happen then we will be able to act in ways to our best advantage. Many people actually use luck as an excuse to explain their failures or shortcomings (i.e.: bad luck). Luck, then, is nothing but an explanation we give to the good and bad things that happen around us and we use as a way to give meaning to these events.

I read a fascinating book on this topic when researching this article called Chase, Chance, and Creativity: The Lucky Art of Novelty, by Dr. James Austin where he states there are actually four types of luck:

Mr. Jefferson may have actually been on to something here. According to a recent HBR article, adopting the right attitude may be the key:

The good news is that there are proven and practical ways to increase and create your own luck and although it may involve “some” work, it doesn’t involve being a famous athlete.

I researched this topic for a month straight and although there are countless articles on this topic from places like Inc., Fast Company, Medium, The Muse etc., the best and most practical advice (in my honest and humble opinion) comes from this yahoo article and best-selling author Marci Shimoff.

Final thoughts: Stop knocking on wood, crossing your fingers and pulling apart wishbones hoping for your luck to change – it won’t. The truth is, the lucky ones in life know deep down there is no random luck and that it starts and stops with their intention to choose, think and act differently and so can you.

The floor is yours: Do you believe luck plays a role in someone’s career?