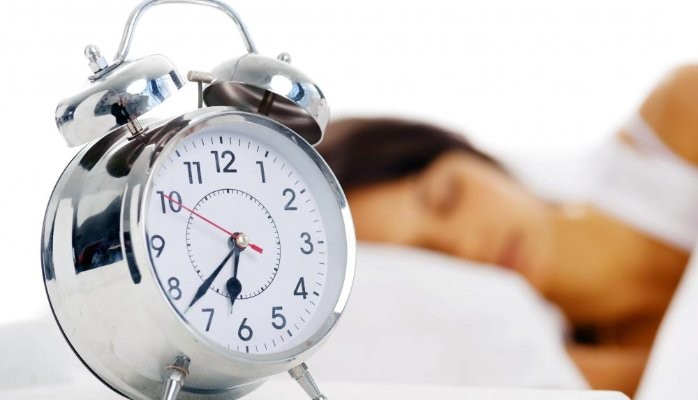 Science has officially (and finally) backed the fact that the early bird can surely get the worm and much more if need be. Since you aren’t a bird and would probably enjoy a coffee in the morning over a worm, let’s take a look at exactly why this is and what #ProductivityHacks and actions you can start adding to your daily routine to improve both your happiness as well as your productivity level before breakfast. According to behavioral scientist, Dan Ariely:

Each morning, we get a brief window of 2 hours of time during which we’re most mentally capable of getting stuff done but sadly we waste it on social media.

Many people struggle with starting their day off right because they are easily distracted with what’s on their personal and professional plate of life. Setting up a morning routine that’s going to work for you is critical to maintaining a level of productivity that may just last well into your afternoon or evening if you’re lucky. It’s important to remember that since everyone is different, so will your routines and habits. Let’s take a look at what some of the must successful people adopt into their morning rituals and see how you could begin add them to yours.

If it has to happen, then it has to happen first and science now support this. Those among us who have managed to find professional success and eke out a life actively embrace this philosophy. They must set aside their first hours of the day to invest in their top-priority activities before other people’s priorities come rushing in. According to Florida State University Psychology Professor Roy Baumeister:

“Willpower is like a muscle that becomes fatigued from overuse”

Diets, he says, come undone in the evening, just as poor self-control and lapses in decision-making often come later in the day. On the other hand, early mornings offer a fresh supply of willpower, and people tend to be more optimistic and ready to tackle challenging tasks.

So what do successful executives and entrepreneurs do when they are rested and fresh? Based on Laura Vanderkam’s research (and her book “What The Most Successful People Do Before Breakfast”) the following 10 things are how the most successful people manage their mornings.

1. They Wake Up Early
Successful people know that time is a precious commodity. And while theirs is easily eaten up by phone calls, meetings, and sudden crises once they’ve gotten to the office, the morning hours are under their control. That’s why many of them rise before the sun, squeezing out as much time as they can to do with as they please.

In a poll of 20 executives cited by Vanderkam, 90% said they wake up before 6 a.m. on weekdays. PepsiCo CEO Indra Nooyi, for example, wakes at 4am and is in the office no later than 7 a.m. Meanwhile, Disney CEO Bob Iger gets up at 4:30 to read, and Square CEO Jack Dorsey is up at 5:30 to jog.

2. They Exercise Before It Falls Off The To-Do List
The top morning activity of the rich and powerful seems to be exercise, be it lifting weights at home or going to the gym. According to Vanderkam, Xerox CEO Ursula Burns schedules an hour-long personal training session starting at 6 a.m. twice a week; Christies CEO Steve Murphy uses the mornings to do yoga; and Starwood Hotels CEO Frits van Paasschen runs for an hour every morning starting at 5:30.

“These are incredibly busy people,” says Vanderkam. “If they make time to exercise, it must be important.”

Beyond the fact that exercising in the morning means they can’t later run out of time, Vanderkam says a pre-breakfast workout helps reduce stress later in the day, counteracts the effects of high-fat diet, and improves sleep.

3. They Work On A Top-Priority Business Project
The quiet hours of the morning can be the ideal time to focus on an important work project without being interrupted. What’s more, spending time on it at the beginning of the day ensures that it gets your attention before others (kids, employees, bosses) use it all up.

Vanderkam uses the example of business strategist Debbie Moysychyn, who dealt with so many ad hoc meetings and interruptions throughout the day that she felt she couldn’t get anything done. She started thinking of the early mornings as project time, and chose a top-priority project each day to focus on. Sure enough, not a single colleague dropped in on her at 6:30 a.m. She could finally concentrate.

4. They Work On A Personal Passion Project
Novel-writing and art-making is easy to skip when you’ve been in meetings all day, are tired and hungry, and have to figure out what’s for dinner. That’s why many successful people put in an hour or so on their personal projects before they officially start their days.

History teacher Charlotte Walker-Said told Vanderkam she spends the hours between 6 a.m. and 9 a.m. working on a book about the religious politics of West Africa. She can read journal articles and write several pages before dealing with her teaching responsibilities at the University of Chicago.

Carving out the time in the morning to write, and making it a habit, meant she would actually follow through. Vanderkam cites one study of young professors that showed writing a little bit every day rather than in intense bursts made them more likely to get tenure.

5. They Spend Quality Time With Family
We may exalt the family dinner, but there’s nothing that says you have to have a big family meal at night, says Vanderkam. Some successful people use the mornings to invest in family time, whether reading stories to the kids or cooking a big breakfast together.

Judi Rosenthal, a financial planner in New York, told Vanderkam that unless she’s traveling mornings are her special time with her young daughter. She helps her get dressed, make the bed, and occasionally they work on art projects together. They also make breakfast and sit at around the table and chat about what’s going on. She calls those 45 minutes “the most precious time I have in a day.”

6. They Connect With Their Spouses
In the evening, it’s more likely you’ll be tired from the day’s activities, and time can easily be wasted with dinner preparations and zoning out in front of the TV. That’s why many successful people make connecting with their partners a morning ritual.

Many couples use the early hours to talk. For instance, BlackRock Managing Director Obie McKenzie and his wife commute from the suburbs into New York City every morning. They spend the hour-plus trip discussing their lives, finances, household to-do lists, and plans for the week.

7. They Network Over Coffee
Especially if you like to make it home for dinner, the mornings can be a great time to meet with people for coffee or breakfast. Plus, networking breakfasts are less disruptive than midday lunches and more work-oriented than boozy cocktail parties, Vanderkam notes.

Christopher Colvin, a New York-based lawyer and entrepreneur, started a networking group for Ivy League alums called IvyLife. Most days he wakes at 5:30 a.m. to walk his dog and read, but every Wednesday he attends an IvyLife networking breakfast. “I feel I’m fresher and more creative in the mornings,” he told Vanderkam. “By the end of the day my mind is more cluttered.”

8. They Meditate To Clear Their Minds
Type-A personalities typically demand as much from others as they do from themselves, so it can be difficult for them to disconnect from their mental to-do lists and calm their minds. Before they head out the door, many successful people devote themselves to a spiritual practice such as meditation or prayer to center themselves for the rush of the day.

Manisha Thakor, a former corporate executive who founded and now runs MoneyZen Wealth Management, practices transcendental meditation to clear her mind. She does two 20-minute sessions a day, the first before breakfast and the second in the evening, and focuses on breathing and repeating a mantra in her head. She’s found it to be “one of the most life-enhancing practices” she’s ever experienced, she told Vanderkam.

9. They Write Down Things They’re Grateful For
Expressing gratitude is another great way to center yourself and get the proper perspective before heading to the office. Writing down the people, places, and opportunities that you’re grateful for takes just a few minutes but can make a real difference in your outlook.

Pharmaceutical exec Wendy Kay told Vanderkam she spends a good chunk of her morning “expressing gratitude, asking for guidance, and being open to inspiration.” When she gets to work, she always has a clear vision for herself and her staff.

10. They Plan And Strategize While They’re Fresh.
Planning the day, week, or month ahead is an important time management tool to keep you on track when you’re in the thick of it. Using the mornings to do big-picture thinking helps you prioritize and set the trajectory of the day.

Banking exec turned teacher Christine Galib wakes at 5 a.m. on weekdays, exercises, reads a few Bible verses, and reviews her tasks for the day before making breakfast. She told Vanderkam this ritual makes her days more manageable and effective.

11. They Check Their Email
While time management gurus may suggest putting off email as long as possible, many successful people start the day with email. They may quickly scan their inboxes for urgent messages that need an immediate response or craft a few important emails that they can better focus on while their minds are fresh.

For instance, Gretchen Rubin, author of “The Happiness Project,” wakes at 6 every morning before her family’s up at 7. She uses the time to clear her inbox, schedule the day, and read social media. Getting these tasks out of the way from the start helps her concentrate better when she moves on to more challenging projects, she told Vanderkam.

12. They Read The News
Whether it’s sitting in the corner diner and reading the papers or checking the blogs and Twitter from their phones, most successful people have a pre-breakfast ritual for getting the latest headlines.

For example, GE CEO Jeff Immelt starts his days with a cardio workout and reads the paper while watching CNBC. Meanwhile, Virgin America CEO David Cush uses his mornings to listen to sports radio and read the papers while hitting the stationary bike at the gym.

By the time they get to work, they have a pretty good idea of what’s going on in the world. Then, they can get down to the business of changing it.

If you still aren’t convinced and need more proof, take a look at these folks:

Final Thoughts:
As with every article and piece of advice, I always invite my clients to test the waters and instead of over-committing to one thing, practice a few (less than a handful) to see what works and what doesn’t. It doesn’t matter if you are the CEO of a billion dollar company, work for one or in the process of building your own – time doesn’t wait for anyone and the one constant is that we all have 24 hours in the day to make something happen. For my life, my morning ritual has evolved over the years but a few things have consistently remained:

So what morning rituals have you created for a successful life?