3 Signs Your Leader Has A Wishbone Not A Backbone 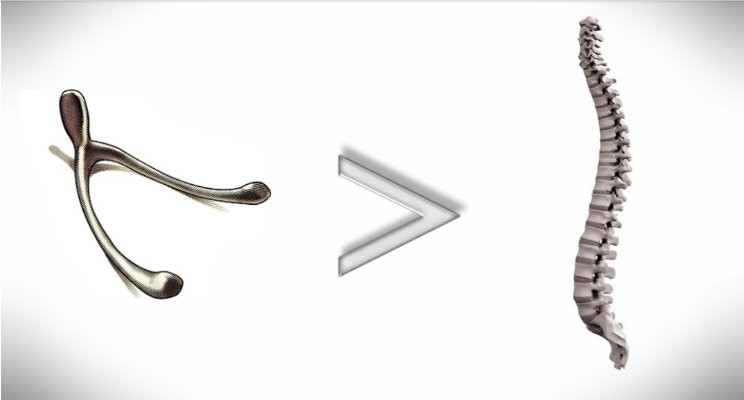 Funny thing about trust: So many want it…So little deserve it…And so few can maintain it.

We put our careers in the hands of strangers with the hope and promise that they will take care of us and develop us professionally but that’s simply not always the case. Employee’s for the most part trust their leaders – many times implicitly without any hesitation…that is of course until it’s broken.

“When the trust account is high, communication is easy, instant, and effective.”  Stephen R. Covey

There’s nothing more disappointing then the moment you realize your manager or leader isn’t who you thought they were. It’s disheartening when you so badly want to believe your leader has your back only to find out that they simply aren’t capable or simply don’t want to. I wrote about a similar leadership topic previously titled 11 Ways To Spot Authentic Leadership but todays article is a little different.

Coaching and support regarding poor management and weak leadership is the number one request I receive every week from within my network on Linkedin. So much so that I decided to take these requests, compile them and write this article. Here are the 3 warning signs your leader may not have your back:

They Suddenly Have Amnesia

I get that people have moments of memory lapse but there’s a point in which being overly forgetful is no longer an accident and now a habit. Integrity is everything as a leader of people. Your word is invaluable which is why I was disappointed to hear how many people experienced their leader forgetting something that they openly said either in public, online or in confidence. This sudden case of amnesia has a direct impact on their people’s confidence to confide in them and ultimately impacts their ability to do their job. This showed up with:claiming ideas that weren’t their own, not allowing someone time off who had properly earned it and the number one was forgetting to revisit a conversation around development and/or a promotion. None of these bode well in the eyes of an employee.

They Can’t be Direct

It’s one thing to be direct, it’s an entirely different thing to be cowardly. Everyone I spoke with on this topic had simply wished their leader would’ve had the courage to speak the truth versus sugar coating it or outright lying about it. It takes confidence to lead but it also takes transparency. If you can’t be direct then say nothing until you can. No one likes the feeling of being pushed aside. This showed up with: not approving an employee’s promotion, discussing the state of their organization or team and the number one was having to let someone go.

They Are Not Accountable

Having a leader who says one thing and does another is simply bad optics. Not showing up, either on time or in the office sends the wrong message to your people especially if you discuss how important it is culturally to present in the office. It starts with you and if what you are showing is the opposite of what you want then to get upset with your people is a double standard. Leaders who avoid being responsible have a way of letting their people slide which ultimately ends bad for everyone involved. Being a leader is a full-time role not a part time hobby. This showed up with: being absent when deadlines are most critical (and then only to show up when it’s passed), they push off meetings that are important to you, and the number one was simply over promising and under delivering time and again.

Final thoughts: No one is saying you have to be the best leader in the world but you should strive to be the best version of yourself. You owe that to your people and the organization. If your best version is still not enough, then consider getting some support. For the employee, if you’ve been under served, under appreciated or simply thrown under the bus, you have a choice as well and owe it to yourself to change your situation. Here is a great articleoutlining the essential qualities to look for in a great leader.

The floor is yours: Can a leader be successful with low EQ?